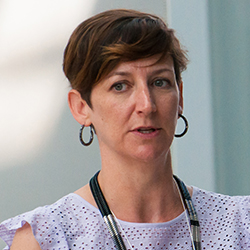 Mary Burgess is the Executive Director at BCcampus, a provincial agency that helps BC institutions improve student learning by supporting open education, educational technology and learning and teaching initiatives. She is a long time open education advocate and learning design nerd. Mary believes that relationship building is key to learning and that compassion is the disruption we need now.

Disrupting with Compassion and Empathy

Mary and her colleagues will be bringing a variety of people with diverse perspectives together in a non-traditional keynote format. Our intent is to challenge norms in post-secondary education. We want to be disruptors who transform the way we learn from each other, from whom we learn, and the ways in which we can hold space for each other in learning communities. 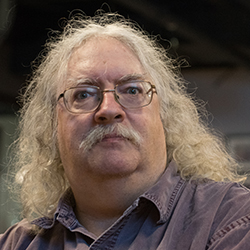 Stephen Downes works with the Digital Technologies Research Centre at the National Research Council of Canada specializing in new instructional media and personal learning technology. He is one of the originators of the first Massive Open Online Course, has published frequently about online and networked learning, has authored learning management and content syndication software, and is the author of the widely read e-learning newsletter OLDaily. Through a thirty year career Downes has contributed pioneering work in the fields of online learning games, learning objects and metadata, podcasting, open educational resources. Today he is developing gRSShopper, a personal learning environment, offering a course on new e-learning technologies, and supporting research and development in the use of distributed ledger technology in learning applications. He is a popular keynote speaker and has spoken in three dozen countries on six continents.

The Third Wave: the Next Generation of Distributed Learning Technology
Stephen Downes argues that we are entering a new generation of distributed web technologies that will change how we view the development and delivery of online learning. In a talk that blends some of the underlying themes from artificial intelligence, blockchain and cloud technologies Downes builds on his previous work developing network-based MOOCs to describe new types of content-addressable learning resources, new activity-driven models of assessment, consensus-based communities, and a model of learning based on identity, voice and opportunity. 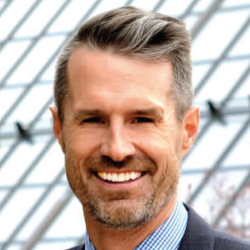 On August 17, 2016, Dr. Neil Fassina became Athabasca University’s (AU) eighth President. Shortly thereafter, and on behalf of the university community, Neil introduced Imagine: Transforming Lives, Transforming Communities, a 5-year strategic plan to transform AU into a world-leading, digital-first university. Imagine is a strategy which builds on AU’s rich history as an innovator and disruptor of higher education and positions it to take on the challenges of the 21st Century’s learners.
As the president of AU, the Open University of Canada, Neil aligns his passions and tireless advocacy for lifelong learning to enable adult learners and their communities to reach their highest potential through an accessible and flexible university education.

Prior to joining Athabasca University, Neil held several leadership roles at the Northern Alberta Institute of Technology (NAIT), including provost and vice president academic, as well as dean of the JR Shaw School of Business and the School of Culinary Arts.

Throughout his academic career, Neil has strived to maintain strong connections to the communities where he serves. In his capacity as a post-secondary administrator, he has and continues to serve on boards of directors in the not-for-profit sector.

With a background in human resources and applied decision making, Neil has blended his leadership and academic careers in the areas of strategic thinking and planning, leadership, effective negotiation strategies, conflict management, and human resources. 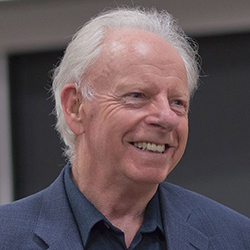 Tony Bates is currently a Distinguished Visiting Professor at the Chang School of Continuing Education, Ryerson University and a Distinguished Visiting Scholar at the De Groote School of Business at McMaster University. He is also a Research Associate at Contact North|Contact Nord. He has almost 50 years experience in using technology for teaching, starting in 1969, at the British Open University, where he became a full professor in educational media research.

In 1989, he emigrated to Canada, to take the position of Executive Director, Strategic Planning and Information Technology at the Open Learning Agency, Vancouver. In 1995 he moved to the University of British Columbia, to become Director of Distance Education and Technology. On retirement from UBC in 2003, he started his own consulting company, specializing in the planning and management of learning technologies in post-secondary education. He has worked as a consultant in over 40 countries. He has received honorary degrees from six universities for his research in distance education.

He is the author of twelve books on learning technology, online learning and distance education, including his latest online, open textbook for faculty and instructors, ‘Teaching in a Digital Age’. The book, first published in April 2015, has been downloaded over 150,000 times and is being translated into ten languages.

In 2017 he led a team of independent Canadian researchers that conducted a national survey of online and distance education in Canadian universities and colleges.

Change or die: the coming crisis in Canadian post-secondary education
The world is currently changing much faster than universities or colleges. The digital age requires major changes to what and how students will learn, while technology provides increasingly challenging alternatives to conventional classroom-based teaching.

Many institutions are trying to change, and some individual instructors are experimenting with new technologies, but structural barriers and a lack of vision and direction leave our institutions open to disruptive change from global internet-based organizations. This presentation will examine strategies that could help institutions survive the coming crisis.